Here is the full video of the event:

Narendra Modi Posts:  "It was wonderful interacting with everyone at Facebook Headquarters at the Townhall Q&A with Mark Zuckerberg.


“The strength of social media is it can tell government where they are going wrong,” Mr. Modi said. “We used to have elections every five years. Now we have them every five minutes.” 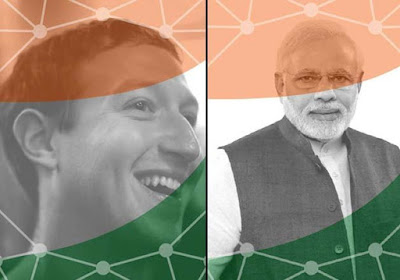 Posted by Jyotindra Zaveri at 1:17 AM